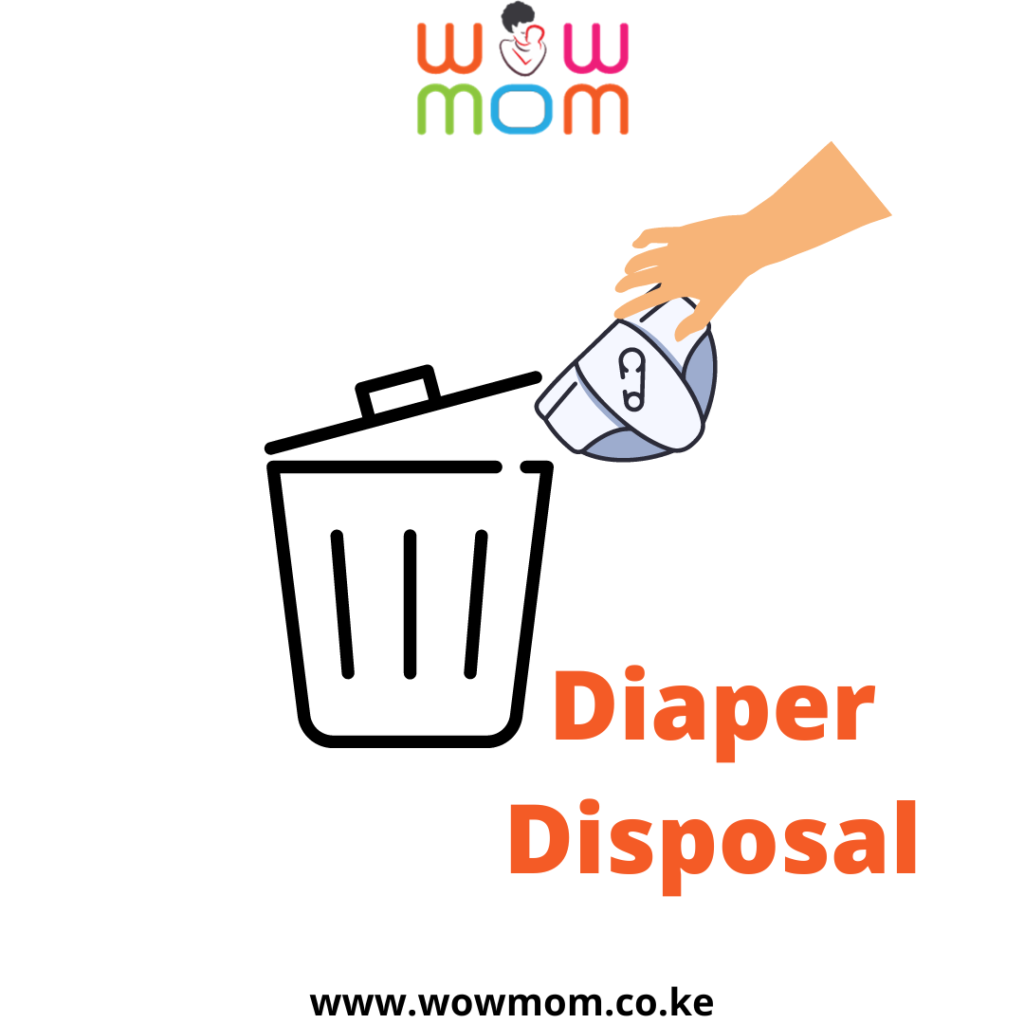 A diaper is a type of underwear that allows the wearer to defecate or urinate without the use of a toilet, by absorbing or containing waste products to prevent soiling of outer clothing or the external environment. Diapers are primarily worn by infants, toddlers, and by children who are not yet potty trained or who experience bedwetting. They are also used by adults with incontinence or in certain circumstances where access to a toilet is unavailable. These can include those of advanced age, patients’ bed-bound in a hospital, individuals with certain types of physical or mental disability, and people working in extreme conditions, such as astronauts.

Child population in Kenya is 53 per cent. That is anticipated, considering that Kenya sees an average of 5,500 births daily. Reportedly, the average baby uses as many as 7,000 diapers in their lifetime. Consequently, there is a mountain of disposable diapers accumulating in our landfills daily. According to available data, out of the 700,000 babies born in Kenya every year, only four per cent use diapers but by last year, the market for disposable diapers hit the $30 billion (Sh2.58 trillion)mark and dealers would not let the promisingly rising demand go unnoticed.

Increased use of disposable diapers in Kenya is placing a heavy load on already strained waste management sectors with environmentalists saying this is posing greater danger than that caused by the banned plastic carrier bags.In most dumpsites across the country, recycling of solid waste is manageable but diapers which are daily waste constituting a high percentage of the total waste have proved to be a challenge.

Environment experts say that the innermost material, which absorbs the waste needs temperatures of  up to 800 degrees to burn completely and that can only be achieved by using high standard incinerators which is an expensive investment across the 47 counties. Wow Mom Kenya is gradually eradicating the poor disposal of diapers by providing baby changing stations in public spaces; Gikomba market and OTC public toilet. We also provide diaper disposal bins because a lot of caregivers move around with their children and there is a need to have them in every public space.

The phrase,  think global, act local, attributed to social activist Patrick Geddes in 1915, is one of the best ways that can help us mitigate a lot of problems we instigate as human beings in this ever changing world. Human beings are generally responsible for most of the environmental problems. It is important that each and everyone of us takes responsibility for our actions and become aware that individuals ( and their family unit) have a significant effect on the environment through the choices made on a daily basis.

Let us discuss one simple example that most people encounter in their lives when starting a family, diaper choice- disposable versus reusable. No matter whether you are at home or in transit, you will be throwing the soiled diaper somewhere but it is very important that you know the simple and easy basic steps. A number of scientific studies have been undertaken, it is quite clear that both cloth and disposable diapers have environmental effects, such as the consumption of natural resources, energy usage, health issues, air and water pollution and waste disposal.

Soiled disposable diapers are solid waste, and are therefore disposed of using popular disposal methods for solid waste. These include methods such as burning, composting, landfilling, and open dumping. However, the very primitive open dumping seems the most popular method of disposable diaper disposal. Openly dumping diapers in public spaces seems to be a common norm and I am sure you have encountered this once or you encounter this everyday.

‘Disposal of diapers becoming a headache for households in informal settlements,’ a news article done by The Star, explains how a community-based organization in Kisumu recently protested against poor diaper disposal. It is overtly clear that very little attention is being given to the product after its use and therefore unguarded dumping, burying, and burning of soiled disposable diapers seems to be the popular disposal practices. There are many methods that can be used for disposal of diapers in a safe, supervised and dignified way. We are here to give you simple and accessible places where you can dispose of soiled diapers, wherever you might be.

The use of disposable diapers leads to unimaginable increase in the volume of human fecal matter with its attendant frank pathogens in the landfill. This, under poor management conditions, may result in the contamination of underground water by pathogens in leachates from diapers thereby causing outbreaks of communicable diseases such as cholera. In conclusion, Waste managers and relevant authorities need to proffer a sound disposal method of soiled disposable diapers in line with the requirement for a sustainable environment.